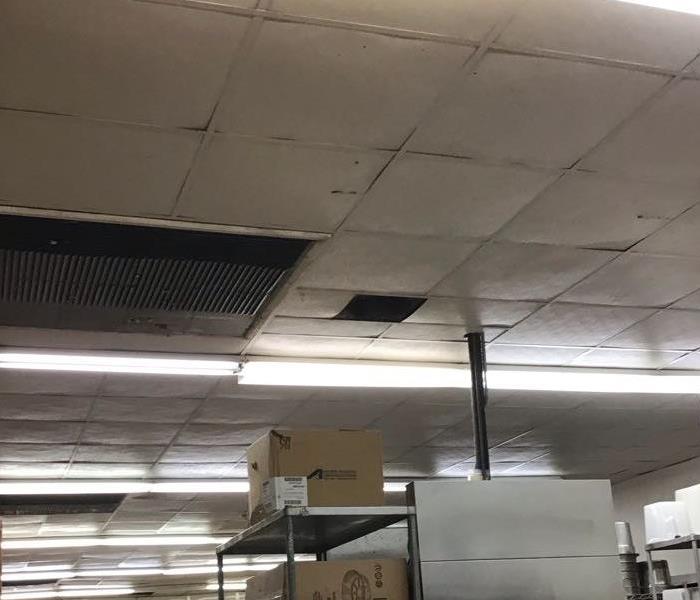 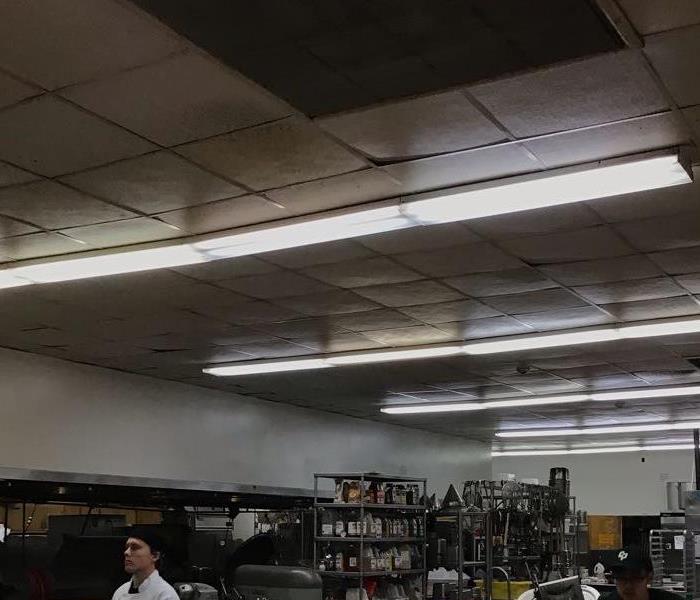 Rainy days may be great for many people, but that was not the case for this University. Due to the pouring rain that had been going on for weeks the ceiling had been affected due to the roof being old. Which it resulted from the whole dining area ceiling having wet ceiling tiles. SERVPRO was called out in out to assets the damage and start mitigation. Our whole team was called out in order to start drying any salvageable tiles that were still attached to the ceiling. Even though it was a huge commercial loss SERVPRO was able to help them out.